Article initially appeared in the April Issue of the ASHI (American Society of Home Inspectors) Reporter.

A water softener is a piece of equipment used to treat water that you are likely to see in the course of performing a home inspection. This is considered a point of entry (POE) system, meaning it treats the water as it first enters the home as opposed to a point of use system (POU), which treats the water at a specific location within the home, typically at the kitchen sink. Softeners are usually in the basement; if there is no basement, they are frequently in the garage or outside by the side of the house in warmer climates.

A softener is not generally considered a filter because it is not designed to physically trap the hardness but rather to remove it through a chemical reaction called ion exchange. As the water flows through the resin, it removes the hardness ions and replaces them with sodium ions (or potassium ions, depending on what type of salt is being used). The amount of sodium added by any softener is determined by the level of hardness being removed. Water softeners do not add salt to the water, only sodium. The resin can only soften a limited number of gallons of water before it becomes exhausted and ceases to remove the hardness. Before reaching this point the softener automatically regenerates/recharges the resin.

The regeneration of a typical softener takes about 90 minutes, during which time there is water available in the house, but it is not softened, so most softeners are set to regenerate in the middle of the night when people are less likely to be using the water. There are some twin tank softeners that are capable of providing soft water even while regenerating. During the regeneration, salt water is sucked out of the salt tank and slowly rinsed through the resin. It is at this point that the resin releases the hardness it previously removed from the water and takes back the sodium ions, which restore its capacity to soften the water. The hardness released by the resin, along with the chlorides and some salt water, get flushed down the drain.

Depending upon your location, there may be restrictions on where the drainline is allowed to discharge. For example, some states do not allow the discharge from the drainline to flow into a septic system, or, if the discharge is flowing outside in a cold climate, the potential for it to freeze is a concern.

Whether it’s dish soap, laundry detergent, bar soap, or shampoo, you need less of it. Depending on how hard the water is before softening, you may need to cut back significantly. Sometimes people do not like the feel of soft water in the shower, saying it feels slippery, as though they can’t rinse off the soap. It can help to understand what is happening in that situation. When you lather up with hard water, the hardness combines with the soap to form insoluble compounds, which means they don’t dissolve in water. When you rinse the soap off, a residue is left on your skin, and that is what gives you the squeaky clean feeling most of us perceive as normal. When you lather up with soft water, because the hardness has been removed, those compounds do not form and you don’t have residue left on your skin, so you feel more slippery.

Especially when the water is heated. In the water heater, the scale tends to build up on the heating elements and acts as an insulator, which slows down the heat transfer into the water and drives up energy costs. The scale can also accumulate on glasses, dishes, showerheads, glass shower doors, etc. Because it is a calcium-based deposit, it is literally as hard as nails and can be very difficult to remove.

Responsibilities Associated with a Water Softener

You Need to Keep Salt in the Salt Tank

It doesn’t matter how full the salt tank is, as long as it doesn’t run out. There are two types of salt used to regenerate a softener—sodium or potassium chloride. Most people use sodium chloride because it is considerably less expensive and more commonly available. Some people on sodium-restricted diets switch to potassium chloride, which is also better for watering plants. Most salt tanks have a three-inch diameter float safety tube; if the water is high enough that it is lifting the float, the softener likely needs to be serviced.

Keep the 24-hour clock set to the current time so the regeneration occurs in the middle of the night. Many softeners today have a battery backup in case of a power outage. Virtually all water supplies have some level of hardness and would benefit from being softened. Whether it’s worth it to install a softener depends on a number of factors, including the hardness level, physical space, and whether access to a drain exists, along with the cost in dollars and cents.

Need unbiased water quality advice? Book your free, no-obligation 15-minute discovery call at getwateranswers.com/appointments to see how we can help.

Get Water Answers is a proud ASHI Affiliate member.

Opinions or statements of authors are solely their own and do not necessarily represent the opinions or positions of ASHI, its agents, or editors. Always check with your local governmental agency and independently verify for accuracy, completeness, and reliability. 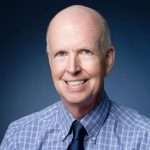